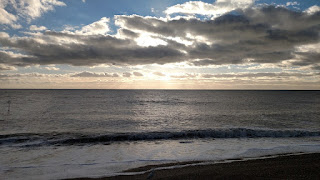 The desire to swim 21 miles from Dover, England, to Cape Griz-Nez, France, across the English Channel, must be one of those challenges that are taken “because it is there.” It takes a hardy soul to endure the freezing, choppy water for hours, risking hypothermia and swallowing too much saltwater, both of which can be deadly.

When Gertrude Ederle went for this tough swimming challenge in 1926 for the second time, she was only 19. Her first attempt was just earlier that summer, but her coach insisted she quit because he worried about how much saltwater she’d swallowed. Ms. Ederle fired him and hired someone else.

Gertrude had learned to swim at the age of nine, and worked hard for six years to improve her form. At the tender age of 17, she won both gold and bronze medals in the 1924 Paris Olympics. A year later, she was the first woman to swim the length of the New York Bay. She also broke the men’s record for that swim by over 7 hours.

When Ms. Ederle began her swim on August 6, 1926 at 7 a.m., she lucked out to have calm water, rare for the channel. However, that didn’t last. During her 14 and a half hour swim, two squalls tested her endurance with heavy swells and rough sea. Just after nine that night, she completed the crossing, becoming only the sixth person to have done so, and the first woman. To top off this great achievement, she shaved off two hours from the previous record.

The ordeal cost Gertrude her hearing, however, and she spent most of the rest of her life teaching deaf children how to swim. She lived to the respectable age of 93.