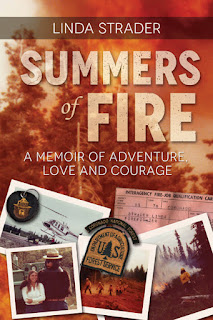 I'm thrilled to have been reviewed in my local paper yesterday!

Some can't visit the actual article, so here it is:

“Summers of Fire: A Memoir of Adventure, Love and Courage”
By Linda Strader
Bink Books
247 pages
Summering at the rustic Florida Ranger Station in our Santa Rita Mountains may sound ideal to some of us Southern Arizona desert dwellers, but surely not if we had to fight fires and clear heavy tree limbs up and down the steep slopes! But it was a dream come true for 20-year-old Linda Strader when in 1976 she began seven years of seasonal work with the U.S. Forest Service and Bureau of Land Management.
Kudos to Strader for pursuing a career as a firefighter in the 1970s and early '80s, and persevering as one of the first women hired on a Forest Service fire crew. No easy task in a male-dominated profession. From the Santa Ritas to the Santa Catalinas, up to Flagstaff, then in Alaska and Colorado, Strader shares it all: the excitement, hard work and danger; the camaraderie and her love interests; and her tremendous personal successes and hard knocks on the job and in her personal relationships.
As a first-time author, Strader's writing is insightfully descriptive, from nature's wonders and brutality, to times when she survived only on sheer willpower, truly pushing herself physically to the brink, and the rewards she found working in the great Western outdoors. Strader cites support from several local writers and her friend, advisor and writing coach Joanne Burch. She put their advice to good use. This well-written memoir will have readers caught up in the adventurous twists and turns to very end.
Karen Walenga
No comments:
Email ThisBlogThis!Share to TwitterShare to FacebookShare to Pinterest
Labels: Reviews on my book

No comments:
Email ThisBlogThis!Share to TwitterShare to FacebookShare to Pinterest
Labels: Firefighting 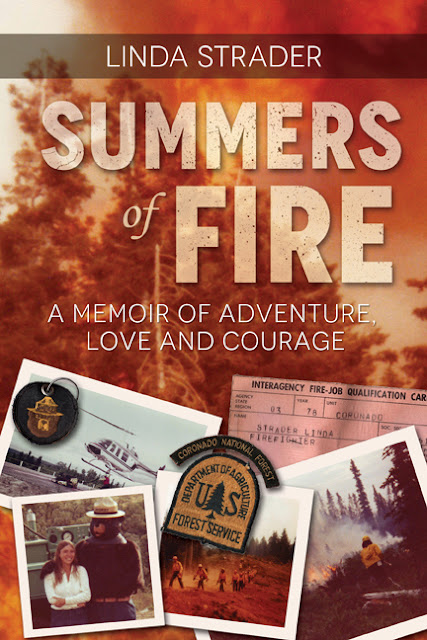 My first professional review! I am feeling quite proud.

Story Circle on Summers of Fire
No comments:
Email ThisBlogThis!Share to TwitterShare to FacebookShare to Pinterest
Labels: Reviews on my book
Newer Posts Older Posts Home
Subscribe to: Posts (Atom)