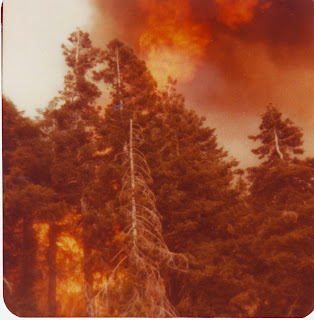 I remember hearing about the tragic Esperanza fire when it occurred in 2006, but avoided reading much about it, mainly because it hit a bit too close to home. The fact that a number of Forest Service firefighters had died in the line of duty was bad enough, but at that point in my life, I felt the return of a growing resentment that my former firefighting career had ended. True, it had ended in 1983 with one of two knee surgeries, and I held onto resentment for a long time after that, but the feelings were back as my current career goals began to suffer in a downhill economy. You see, I wished I’d still been in the action. Did I want to die in a fire? Of course not. But whenever tragedy struck the wildland firefighter community I felt like I was missing out on something.

While I was writing my book, I decided to read a few books on firefighting. A friend loaned me John Maclean’s book “The Esperanza Fire: Arson, Murder and the Agony of Engine 57.” That book upset me so much I couldn’t sleep. Nightmares took over my dreams, and the feeling of loss was overwhelming, both for horrible way the victims died, the friends, family and coworkers of the men, but again for the loss of the career I did not want to leave.

Therefore, when I read this morning about how difficult it was for the screenwriter to complete the script for the upcoming movie “Esperanza” I understood why. The story is a complex one, and to present the events without boring non-firefighters would be challenging. I am not sure I will be able to watch the movie however, which at this writing does not have a release date.

Also, just the other day I read an extensive article about how the Forest Service is looking to change firefighting protocol based on the events of the Esperanza Fire. The reason these men died was because they were protecting an unoccupied home. It amazes me that after 10 years fire officials are still examining that practice. Wildland firefighters are not trained to fight structure fires, nor do I believe they should be risking their lives to protect homes from fire. That is how those men lost their lives. With the urban-wildland interface conflict increasing as more homes are built next to remote areas prone to fire, authorities need to make a firm decision on where wildland firefighters must draw the line before more lives are lost. Why this has not yet been resolved, I don’t understand.
No comments: Links to this post
Email ThisBlogThis!Share to TwitterShare to FacebookShare to Pinterest
Labels: Firefighting 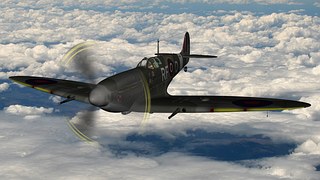 Joy Lofthouse and her sister Yvonne, thanks to Pauline Gower, who persisted in questioning Parliament why women weren’t allowed to fly planes, eventually making it possible for the pair to join the Air Transport Auxiliary in 1943. Their job? Ferry Spitfires and Hurricanes from the front lines to the factory for servicing. This in itself was a dangerous job, and back then, for a woman to take on such work, was also unheard of.
What is also amazing is that they actually earned the same pay as the male pilots. Ironic, since that rarely happens even today.

When recently interviewed, Mrs. Lofthouse said she was proud of the work she’d done and did not concern herself with the dangers. It was important to her to be a part of the war effort, and, she said, to have the opportunity to be her own person and earn an income at a time where most women were concerned about getting married and having children. She loved the independence this job gave her. She also reveled in the reactions from people back then when she told them she flew aircraft before she learned to drive.

Then, at the age of 92, Mrs. Lofthouse had the honor to fly a Spitfire once again, 70 years after she’d last flown. This both thrilled and delighted her, if not scared her a bit. But she managed and said she felt young again. Sadly, she passed away just days before her 93rd birthday, but she will always be remembered not only for one of the first to enter man’s flying world, but as a trailblazer for women’s rights in equal pay for equal work.