Women firsts: The first woman to ride a bicycle around the world 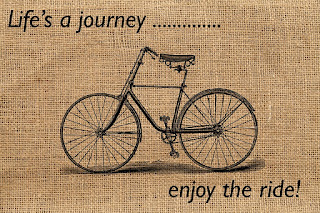 I guess the two men who doubted Annie Kopchovsky didn’t know they were dealing with a strong-willed, determined young mother of three,how to ride a bike.
who would take on their bet that no woman could possibly bicycle around the world. These gentlemen probably figured they were pretty safe, because after all, Annie didn’t even know

What the men didn’t realize was that not knowing how to ride a bike was a minor technicality that wouldn’t stop Ms. Kopchovsky. Part of the deal was she had to earn $5000 along the way to pay expenses, and she had to finish in 15 months. Not a problem for this entrepreneurial young woman. In 1894, just a few days before she was to leave, she learned to ride a bicycle. Then, leaving Boston, she hung a sign on her bike for Londonderry Lithia Spring Water Company after they paid her $100 for advertising their products. She also agreed to change her name to Annie Londonderry for the ride.

Annie started out riding a heavy men’s bike. Upon reaching Chicago, she decided it wouldn’t work, and traded it in for a woman’s model that weighed half as much. Because no one told her what route she had to take or how many miles she had to ride, instead of proceeding west, she backtracked, and boarded a ship in New York sailing to France.

Once in France, Ms. Kopchovsky again used advertising pinned on her clothes or hung on her bike to earn money for expenses. To cross the ocean, she sailed to East Asia and eventually arrived on the west coast of the United States. It took her six months to pedal the U.S., and she arrived in Chicago in September of 1985, a shave early of the 15 months that was required to win the bet.

Annie Kopchovsky collected ten grand for succeeding, and then continued to earn extra cash by lecturing, and embellishing on, her adventures. She also wrote special features for the New York World for a while. After all the hubbub of a woman doing something so grand and unusual dwindled, she disappeared into a normal life of raising her children. Ms. Kopshovsky died in 1947.