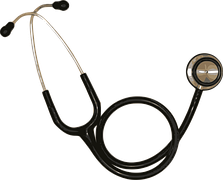 Elizabeth Blackwell was only 28 years old when she was awarded a diploma from the Geneva Medical College in upstate New York in 1849. However, it was no surprise to find she had a tough time getting into medical school. Three had already turned her down. How did she manage to get into Geneva? It appears to have happened inadvertently. You see, the Dean wasn’t sure he wanted a woman amidst his all-male student body. He decided to poll the 150 young men, figuring it highly unlikely she could possibly be voted in, and declared that only one “no” vote would keep Ms. Blackwell out. What the Dean didn’t figure on, however, is that it seems the student body thought it was a joke, so they all voted “yes.” I can only imagine the looks on their faces when she showed up for her first class.

Ms. Blackwell’s presence apparently played an interesting role in the way lectures were presented. First off, male students in medical school were notoriously rude and obnoxious—until Elizabeth joined them. Funny how the presence of a woman changed her classes into a more studious group than Geneva had ever seen before. Another stumbling block occurred when the coursework turned to reproductive anatomy. Such an “unrefined” topic was not ladylike, so the professor said, insisting she step out of the room. But protests from both Ms. Blackwell and her fellow students eventually made the professor back down, and he permitted her to stay.

When it came time for Ms. Blackwell to start hands-on training, she discovered with dismay that the male patients did not want her to examine them. This frustrated her at first, but then she dug in and soon obtained plenty of clinical experience, specializing in typhus fever.

Ms. Blackwell’s career advanced when she studied at La Maternité in Paris, where she became a revered obstetrician. Unfortunately, though, when she went to study at St. Bartholomew’s Hospital in London, she was not permitted to practice gynecology.

It was 1850 by the time Elizabeth returned to New York City to start up her own practice, but no one wanted a female doctor, so she turned to helping the poor. She also began writing to help new parents and about how to maintain a healthy house, among other topics. To her credit, she started a medical school for women in 1874, teaching as a professor in gynecology until 1907.

Ms. Blackwell’s prestigious life took a downturn when she fell down a flight of stairs. She never fully recovered, and died in 1910.