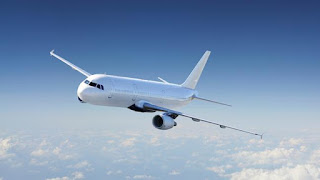 Helen Richey never was much interested in dolls and dresses as a young girl, which probably didn’t sit well with folks in 1909. With her father in education, she was lucky to be able to attend college for an education career, but it bored her, and she dropped out. Teaching just didn’t interest her What to do with her life? She’d no clue.

Helen and a girlfriend decided to go fly in an airplane. It’s funny how things in life can just fall into your lap: when their plane landed in Cleveland after a short flight, she arrived just in time to see aviator Ruth Nichols, surrounded by the press, fussing over her and taking photos left and right. Bingo! Right then and there she knew she wanted to be a pilot.

By the summer of 1930, she received her pilot’s license, and as a reward, her father bought her an open-cockpit bi-plane. That was fun; but Helen already had her sights set on flying a commercial airliner. Six months later, she had that license as well. But that was not enough for this ambitious young woman. She wanted more! Next on her agenda: stunt flying. Helen took to aerobatic piloting like she’d been doing it all her life. In a mere two years, she had achieved national recognition, and came in third place in the 1932 Amelia Earhart Trophy race.

Helen continued to participate in races across the country for two more years. After the loss of a close female aviator friend in a tragic plane crash, she abandoned stunt flying. In December of 1934, she accepted a job with Central Airlines, becoming the first woman to fly a commercial airlines on a regular schedule. That was all well-and-good, until she discovered that the airlines had ulterior motives. They wanted to cash-in on her notoriety. She actually flew very little, and when she did, it was under strict guidelines: only in good weather. Her male counterparts gave her a hard time, souring this job in less than a year.

Although WWII had not begun, there were enough signs that Helen thought to prepare. She enrolled in pilot instruction courses, and soon was ready to train military pilots. After that, she taught airline pilots how to become instructors.

Helen finally became involved in WWII in 1942, but not in the United States. In England, she would join the British Air Transport Auxiliary, or ATA. In the ATA, she ferried planes from factories to airfields. This might sound easy, but in reality, she never knew what kind of plane she would be flying, and would find herself scrambling to read the manual to figure out how to take off and land the darned thing.

About nine months later, Helen returned to the United States to organize a group of female pilots. This happened about the same time her mother became seriously ill, and died. Despite her loss, and silent grief, she did manage to keep racking up flight hours and notoriety. She achieved the rank of Major.

After the war, it became harder for her to find employment as a female pilot, because men were returning and were given the jobs she was qualified for. Depressed over the death of her mother, a close friend, feeling unappreciated and lost, Helen committed suicide on January 7th, 1947.

Such a tragic ending for such an inspirational story of courage and fortitude.

In March of 2010, Helen Richey received the Congressional Gold Medal for her WWII service. It’s sad she wasn’t appreciated sooner for all of her wonderful accomplishments.