What happened to the Federal Women's Program? 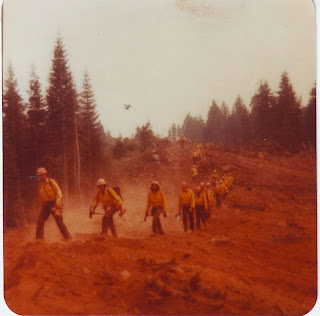 The High Country News just published yet another article on the challenges of being a woman on a wildland fire crew. Again, it brought back the anger and resentment of being treated as less than equal.

One thing I’ve not seen in the articles published lately, is much about the Federal Women’s Program (FWP). The FWP was formed in response to adding gender to the Equal Employment Opportunity Act (EEO) of 1969. Established in the early 1970’s to promote women in the Forest Service as the entered a “men only” world, this organization held workshops to educate women not only on how to advance careers, but what to do in the event they face sexual discrimination, harassment, or a hostile workplace.

My experiences with FWP began in 1976, near the end of my first fire season. A five-day workshop was held in Patagonia, AZ, where 36 women from the Coronado National Forest gathered to learn what FWP was all about. Out of those 36 women, only three were firefighters, including me.

After the first session, I began to realize women weren’t welcome in the Forest Service unless they were timekeepers (my first Forest Service job), fire lookouts, or in other office work positions. While two of men on my crew made it clear they didn’t want me there, the rest of the guys accepted me, or so I thought. One of the other woman firefighters told me how horribly she was treated, including being left behind while the men went to fires. At least that hadn’t happened to me. I fought six fires that summer.

On the last day of the workshop, the facilitator gave us an assignment: interview the men we worked with and ask them their opinion of women on fire crews. We would then meet at a later date to discuss our findings.

Not remotely concerned about this, I approached the assignment thinking all would be fine. But it was not. I learned a very painful lesson that day, one that changed my sunny disposition and career outlook dramatically. Only three of the men I’d worked with all summer approved of my presence on the crew.

However, that didn’t stop me from pursuing this career. It wasn’t until 1978 I was denied a job outright because I was female. Using the resources I was given by the FWP facilitator, I filed an EEO complaint against the man who told me he would not give me a job I was fully qualified for because he “didn’t hire women on his hotshot crew.” What happened? Absolutely nothing. He denied the conversation took place. That was just the beginning, however, because later I would discover that this complaint would follow me to another National Forest, and blacklist me forever as a troublemaker. Where was the FWP during this? Nowhere to be found.

Women still have a long ways to go in this field. It’s gratifying to see more published articles, but is that enough to change attitudes of hiring managers and fellow crewmembers? I used to blame it on the times (mid 1970’s) and old-school thinking, but that doesn’t explain young men today for thinking the exact same way as men thought of women 40 years ago.

So where is FWP now? How is it helping women in the Forest Service? From what I’ve read, the organization still exists, but is far from being active in the cause it was formed to advance. Changing attitudes will take more than education, I’m afraid. It appears the only thing that will change attitudes was, and still is, women proving they have what it takes.
Email ThisBlogThis!Share to TwitterShare to FacebookShare to Pinterest
Labels: Discrimination