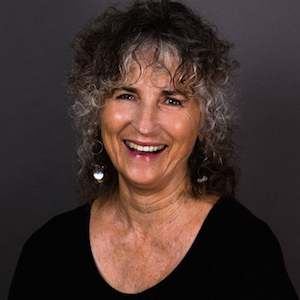 My novel Bone Songs opens with a tornado that sweeps through Weed, Alberta, and drops a purple outhouse into the center of town. Drowsing and dreaming inside that structure is its owner, Curva Peligrosa—a curiosity and a marvel, a source of light and heat, a magnet. Adventurous, amorous, fecund, and over six feet tall, she possesses magical powers. She also has the greenest of thumbs, creating a tropical habitat in an arctic clime, and she possesses a wicked trigger finger.
When Curva had ridden into Weed on one of her horses two years earlier, she was like a vision from a surrealistic western, with her two parrots, a goat, glittering gold tooth, turquoise rings, serape, flat-brimmed black hat, rifle, and six-shooters. After a twenty-year trek up the Old North Trail from southern Mexico, she was ready to settle down. Her larger-than-life presence challenges the residents of Weed, who have never seen anything like her.
And I must admit, I hadn’t either. I am neither 6-foot tall nor as buxom as Curva. In my external life, I’m pretty conventional. But unlike me, Curva is amoral and not bound by the usual codes that restrict many middleclass women not only in terms of their relationships but also in the daily choices they make. She lives fully in her senses, bedding with multiple men if she desires, enjoying what she refers to as walking marriages where a woman invites a man to spend a sweet night with her, but he must leave by daybreak. She also pursues her dreams, no matter what hardships she encounters in doing so (as in trekking the Old North Trail for twenty years with horses, dogs, a goat, and parrots).
Given that I was a single parent at a very young age, my options were severely limited. I had a son to raise, no childcare, and I needed to support us, which I did from a variety of jobs. So in Bone Songs, I wanted to create a female character that was fully feminine but not as limited as I had been from a variety of restrictions—some self-imposed and some societal. But Curva didn’t fully come alive for me until I discovered her name. Originally, I had called her Lupita, yet I was having trouble getting inside her character.
But then my husband and I visited Cuernavaca, a small town two-hours drive from Mexico City. On our way there, I kept seeing signs along the side of the road with the words curva peligrosa, which means dangerous curve. The name itself released this character. Suddenly, I could hear her speak, I could see her interacting with others, and I knew her. She seemed to emerge full blown as Athena did from Zeus’ head, and Curva also has a mythical quality.
Was Curva based on anyone I know in actual life? No. I wanted to create a character that was not like someone we’re likely to run into. But she does have elements of various goddesses in her make up. Curva’s love of nature and willingness to travel in the wilderness by herself reminds me of Artemis, goddess of the hunt.  She also can be associated with a kind of Eve figure who creates her own Garden of Eden that she would like to establish in Weed. Curva wants the northerners to be able to experience this more idyllic state that her greenhouse represents. Finally, Curva has an earth-mother dimension. She’s a kind of Demeter figure who is associated with animals and the earth and doesn’t do well in chronological time.
I look forward to hearing about other strong female characters. Meanwhile, Curva will be on the prowl when Bone Songs gets released later this summer.

**A Canadian by birth, a high school dropout, and a mother at 17, in her early years, Lily Iona MacKenzie supported herself as a stock girl for the Hudson’s Bay Company, as a long-distance operator, and as a secretary (Bechtel Corp sponsored her into the States). She also was a cocktail waitress at San Francisco’s Fairmont Hotel; was the first woman to work on the SF docks and almost got her legs broken; founded and managed a homeless shelter in Marin County; co-created THE STORY SHOPPE, a weekly radio program in Marin County for children; and eventually earned two Master’s degrees, one in Creative Writing and the other in the Humanities. Her reviews, interviews, short fiction, poetry, travel pieces, essays, and memoir have appeared in over 150 American and Canadian venues. Her novel Fling! was published in 2015. Bone Songs, another novel, launches in 2017.  Freefall: A Divine Comedy will be released in 2018. Her poetry collection All This was published in 2011.

You can visit her blog here.
Email ThisBlogThis!Share to TwitterShare to FacebookShare to Pinterest
Labels: Guest blog posts